"Sometimes, it is better to travel with hope than to arrive."

That was the fortune I got in my Chinese lunch on Tuesday.

We leave in 36 hours, and we have no roof over our heads waiting.

This reminds me of the motto of someone I much admire. Glen Heggstad is a guy who has ridden his motorcycle all over the world, and I do mean all over the world, From being kidnapped and held hostage by rebels in Columbia, to spending time with the Dayak, (former) headhunters in Borneo, he had ridden much of the planet.

"The adventure begins when things stop going as planned."

Since we don't really have anything planned, I guess the Adventure has already begun! 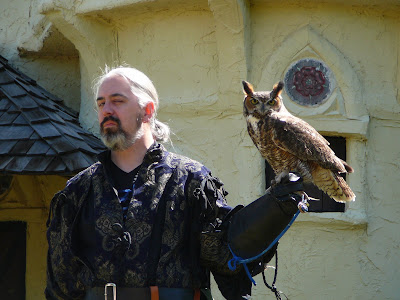 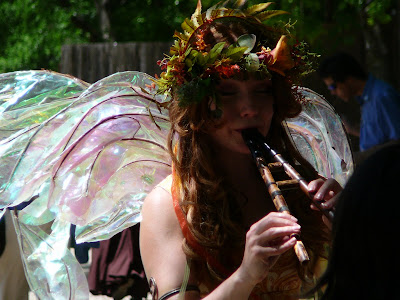 I don't know why I find this hilarious, but I guess that's just me: 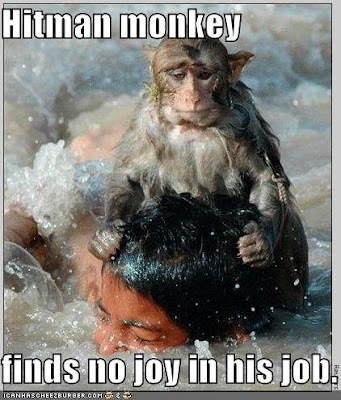 After nearly three years of llama ownership; we had to give them up (see Amy on Stress post for reasons)

We loaded Angela, Pepper, and Mouse into the trailer and drove them to a kind-hearted friend's 1,000 acre ranch near College Station.

"YOU AND MOMMY KILLED HITLER?"

This guy cracked me up with his dialogue during a discussion of an Indiana Jones movie with his six-year-old son.

I love where I live

20 ways the world is different (better than) 25 years ago. 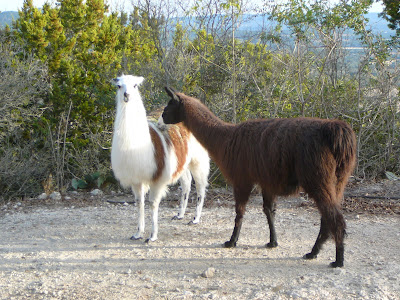 I think yesterday was about the most stressful day I’ve ever lived through!

Wednesday, our neighbors reported that our llamas had escaped but that 2 really good Samaritans had gotten them back in our fence. When Tim got home, he walked around the property and never found them, but that’s not really unusual. However, what WAS strange was that he put out food for them that was still untouched the next morning and they didn’t come to the car for their cookies on our way down the driveway to work.

So I called the Sheriff’s office to open a “missing llama report” and was a bit bothered that they didn’t ask for a description. If they saw them, how would they know if they were ours? When I mentioned this to Tim, he said “just how many llamas do you think are wandering loose around Bandera County?” Okay. Good point.

At 2:00 Thursday afternoon, the sheriff called to say our run-aways had been found and were confined on our neighbor Edwina’s property. On the way home from work, we stopped and got sunflower seeds to use as lures and then Tim and I set off gamely to wrangle them home.

By 6:30, Tim and I were running up and down our street chasing after the 2 fugitive llamas who were faster than we were and really seemed to be enjoying their time on the lam. We had 2 close calls with a pair of bloodhounds that stopped all progress and sent the llamas running for a mile, undoing all the progress we had made. And then an extremely close shave with a UPS truck. That would have solved all of our problems if it had hit only the llamas, but we were also this | | close to death as it came barreling down the street.

Finally, Tim was able to get Angela in a headlock, and put a leash around her neck and walk/drag/plead/cry/run/strangle her all the way down Bear Springs road. Pepper followed and we got them home. All in all, it took us almost 2 hours to move them 1 block down our street, up our driveway and into their pen.

Tim and I were barely speaking to each other when it was over and to top it all off, we still don’t know how they escaped in the first place. But we made a real impression on some neighbors we’ve never met. I don’t think their children had ever heard words like that before.

Once we got them pinned up and we collapsed into our LaZboy chairs, I got on the internet. Yesterday was my drop-dead date to purchase airfare for our trip to Rome in 5 weeks (yeah…cutting it a little close!) I’ve been searching myself blind for over a month trying to find tickets that:
a) weren’t on American (since they are cancelling flights willy-nilly)
b) didn’t go thru London/Heathrow (since they charge almost $500 “airport fees” on top of the ticket price, even if you are just passing thru)
c) didn’t go thru Paris/deGaulle (since they are having baggage processing problems)
d) didn’t include any flights on Alitalia – Italy’s largest airline (since they are filing for bankruptcy next month)
e) didn’t cost a million dollars (since we have to build a new llama fence)

So last night, the gods of travel smiled on me (or maybe they were still laughing over the whole llama-chasing thing) and I found the perfect tickets! Yay! Tim looks over my shoulder and says “May 16th? I can’t go on May 16th.”

Did I mention that I’ve been working on this for over a month? And suddenly, he announces the dates don’t work for him. You would have been very proud of me, I only said 1 (or 2) bad words. But the gods of travel were still smiling and once we adjusted our dates, found even better flights than before. So, we have tickets. But we don’t have lodging. And we leave in 3 weeks. But we have tickets. I’m starting to thrive on stress.

I found one of my favorites on the random quote of the day site.

I try to follow the philosophy, but I don't have much success at it.

Never bear more than one trouble at a time. Some people bear three kinds - all they have had, all they have now, and all they expect to have.
Edward Everett Hale (1822 - 1909)

I frequently (and mentally) kick myself in the backside for mistakes I made years, or even decades ago. Something stupid I did pops into the forefront of my consciousness, and it's like I just did it today.

Dealing with the trouble of now is a bit easier, except that I often anticipate all kinds of trouble that could be just around the corner. Am I just being prepared? Heading off trouble before it occurs? Or am I taking out an advance of angst on trouble that might happen?
Posted by Tim at 4/09/2008 05:54:00 PM 1 comment:

Let the police handle it ...

I've often wondered about the common refrain "Don't fight back, just let the police handle it," heard from the media, when people confront burglars, muggers, and whatnot.

I knew there was something wrong with the logic, and Lawdog put it into words far better than I ever could:

I have finally decided.

The only presidential ticket worth voting for is: