We just returned from a showing of Flight 93, a dramatized version of the only plane highjacked on September 11, 2001, that did not reach its target.

The movie was shot very much like a documentary, and unfortunately too much of the camera work was the close, quick, and jerky motion favored by MTV music video directors.  We had known going into it that it was directed by the fellow who directed "The Bourne Supremacy," whose camera handiwork was abominably shaky.

Apart from that, the movie was touching, heartrending, and inspiring all at once.  The characters (even though many were played by themselves, not actors) were very believable.

Although we knew what to expect at the start, we kept hoping for a better ending.   I suppose in some ways it did end well, in that it was a shining example of courage, decisiveness, and fighting spirit when it counted.  And we find that very inspirational.

Amy has the best idea of any I've heard for a memorial at that site.  It would be a statue, thirty or forty feet high.  It would show the tail of flight 93 disappearing, in flames, into the ground of that Pennsylvania field, and rising above the tail, out of the flames like a Phoenix, an eagle… 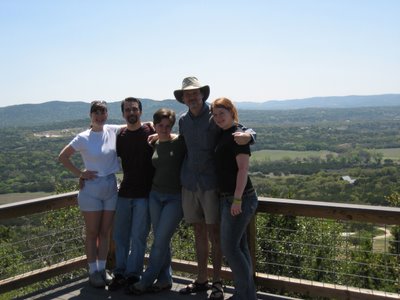