Seventy-one percent of Americans fail the test, with an overall average score of 49%.

* Liberals score 49%; conservatives score 48%. Republicans score 52%; Democrats score 45%.
* Fewer than half of all Americans can name all three branches of government, a minimal requirement for understanding America’s constitutional system.

How well did you do?

To those of Operation Enduring Freedom and all others who fight the GWOT, a quote from William Barclay:
"Endurance is not just the ability to bear a hard thing, but to turn it into glory."
Well done, Troops! Very Well done! -Amy

From: Victory in Iraq Day

We won. The Iraq War is over.

By every measure, The United States and coalition forces have conclusively defeated all enemies in Iraq, pacified the country, deposed the previous regime, successfully helped to establish a new functioning democratic government, and suppressed any lingering insurgencies. The war has come to an end. And we won.

What more indication do you need? An announcement from the outgoing Bush administration? It's not gonna happen. An announcement from the incoming Obama administration? That's really not gonna happen. A declaration of victory by the media? Please. Don't make me laugh. A concession of surrender by what few remaining insurgents remain in hiding? Forget about it.

It is now more dangerous to walk the streets of most major American cities than it is to be stationed in Iraq. For example, Chicago, just a single city in the United States, all by itself experienced twice as many shootings and killings of Americans as did the entire nation of Iraq over recent months:

125 Shot Dead In Chicago Over Summer
Total Is About Double The U.S. Troop Death Toll In Iraq

CHICAGO (CBS) -- An estimated 125 people were shot and killed over the summer. That's nearly double the number of U.S. soldiers killed in Iraq over the same time period.


"THE WAR IS OVER AND WE WON:" Michael Yon just phoned from Baghdad, and reports that things are much better than he had expected, and he had expected things to be good. "There's nothing going on. I'm with the 10th Mountain Division, and about half of the guys I'm with haven't fired their weapons on this tour and they've been here eight months. And the place we're at, South Baghdad, used to be one of the worst places in Iraq. And now there's nothing going on. I've been walking my feet off and haven't seen anything."
Posted by Tim at 11/22/2008 11:17:00 AM No comments: 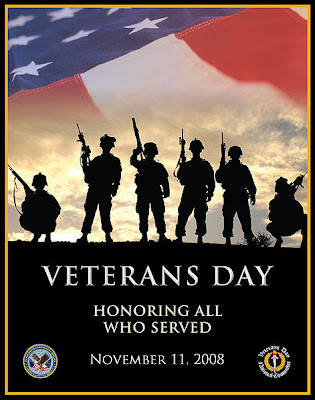 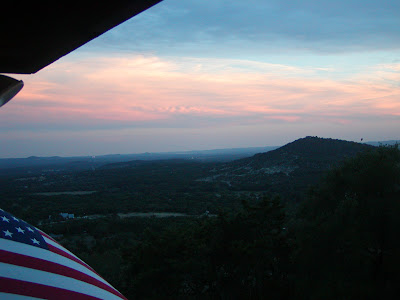 
"If ye love wealth greater than liberty,
the tranquility of servitude greater than the animating contest for freedom,
go home from us in peace.
We seek not your counsel, nor your arms.
Crouch down and lick the hand that feeds you;
May your chains set lightly upon you,
and may posterity forget that ye were our countrymen."

Amy out trick or treating....